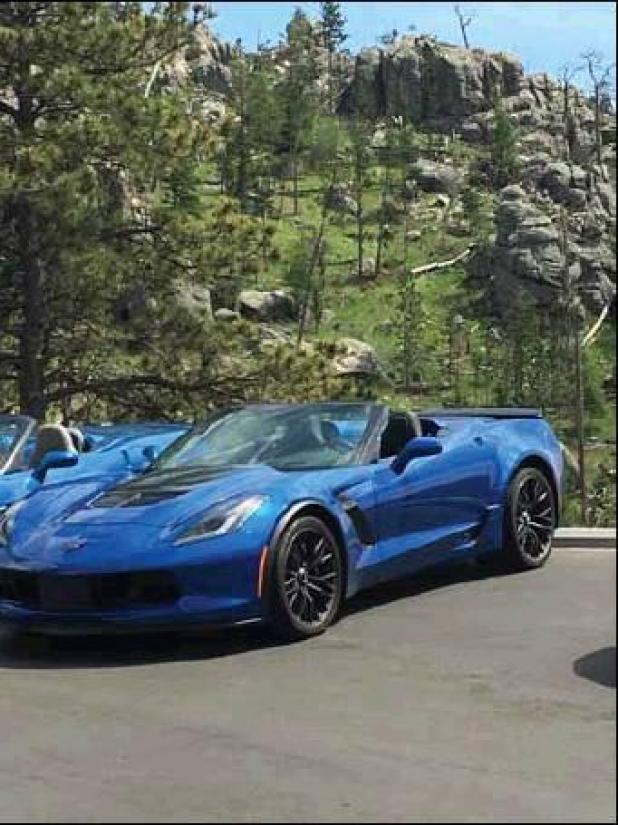 It’s a sentence Kaye Wagner finds herself repeating at various car shows and events when she rolls up in her 2015 Laguna Blue Convertible Z06. And a sentence that people she encounters are not only surprised by, but very supportive of. When Kaye jumped into the Corvette hobby, she jumped in with both feet.

Kaye grew up in a small town in Northern Minnesota on a farm with her parents and brother – the same farm her dad grew up on and where her parents still reside. Her mom is a nurse, and being a Pediatric Hematologist and Oncologist herself, the medical field was something that Kaye had in common with her mom. But when it came to her dad, it was cars and motorcycles that they would connect on. “I fell in love with cars because of him,” said Kaye. “He was always interested in and talked about cars well before he owned a Corvette. It took a while to find what he was looking for, but for almost 20 years he’s owned a red 1981 T-Top,” said Kaye. “I’d drive his car and get a feel for it, and then said it was something I had to get. It was a bucket list present for myself.”

Shortly after purchasing her C7, Kaye visited the National Corvette Museum, doing a V.I.P. Plant and Museum tour. Since then, she travels to car shows on her own, including the Corvette and Camaro show her club, the Sioux Falls Corvette Club, holds each June. Kaye has held several offices in the club, including Vice President and most recently President.